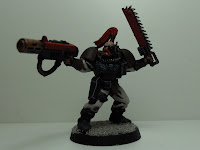 Another weekend and another blitz of projects completed, started or somewhere in between!

(Pictures seem darker this week so either my camera hates the after midnight show or my eyes are going. Again.)

Whilst waiting for various glues to dry (more on that in a minute) I took the opportunity to complete the first 5 Wolf Scouts. 4 normal guys and 1 with a Meltagun are in my initial 500 points with the previously spotted Grey Hunters. 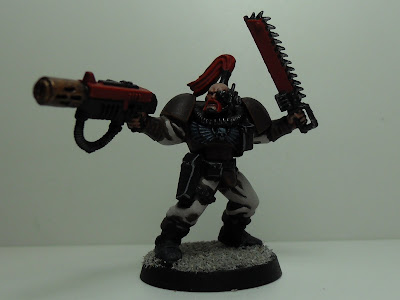 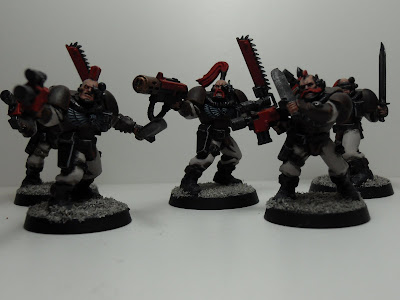 These guys were originally started up in Lenton during last Summer's Hobby Camp and I've finally completed them. The only change really is the red hair which was grey once.

Elsewhere I've started on the Wolf Priest kindly donated by the Silverback. Very nice figure and hopefully the final paintjob will do him justice. Black armour as befits a Priest. 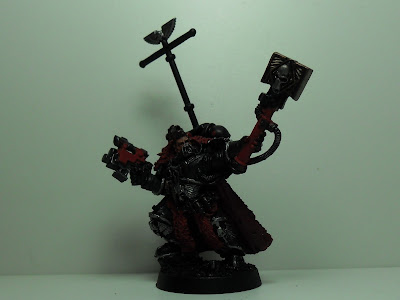 So what happened to all the Planetstrike stuff then I hear you cry?
Here's the completed Bastion. Well, complete for now. I will probably need to add some weathering but it will do for the initial campaign! 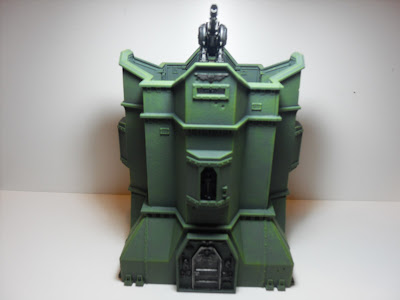 I also basecoated the Aegis Defence Line and the Skyshield Landing Pad. They are now ready for painting so this week will be busy.

Whilst the paint was drying on all the above I've also built 10 Havocs and 4 Raptors for my Tzeentch army for Planetstrike. Not sure when they'll be painted but they're undercoated and ready when I am!

And just to prove that it's been a lovely quiet weekend I also managed to build the Fortress of Redemption. To say it's effin huge would be an understatement! Below is just the tower piece with the poor old Scout as a scale comparison... I even had to turn the camera on its side for this shot. 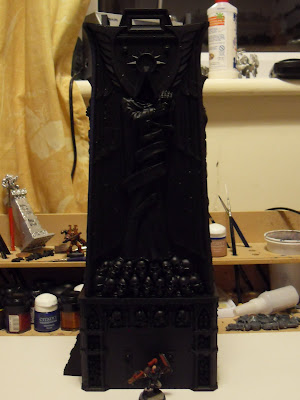 I'll probably keep this one black and drybrush/highlight up with various greys. I went through a tin and half this weekend of Army Painter Black Spray. Think I'm still a bit high to be honest on the fumes :-)

So can I get the above painted? You'll have to tune in next week for another exciting installment of GoGOnline!
Posted by Von

I think your fortress might well be compensating for something?!?!?