Come in Raptors; your time is now 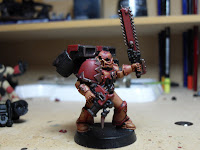 First weekend in April was Vanquish over in Bristol. The results and pictures are over on the Bristol Vanguard site. Suffice to say I took the World Eaters, lost all 3 games on the Saturday and was in the bottom 4 and then won both games on the Sunday to finish 47th out of 67. I'm happy with that to be honest.

Even happier with an honourable mention for the army itself!


However, I now realise the army doesn't quite work (what's new eh?) so changes are a-foot. Or a-wing depending on your viewpoint. I'll detail what I'm planning in a later post but for now meet the new Raptors.

First the completed one... 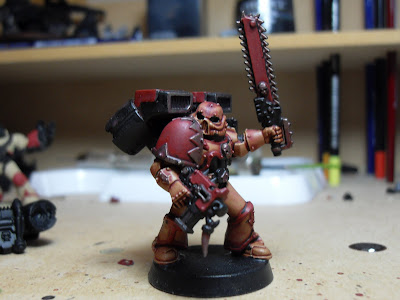 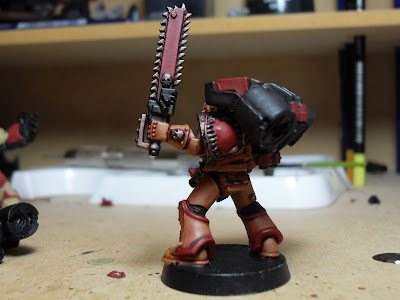 As you can see I've gone for a Chaos Marine model with World Eater shoulder pad and Imperial Jump Pack. I don't like the metal Raptor model and I do like the imperial jump pack so what the heck - mix n match, let bygones be bygones and all that! 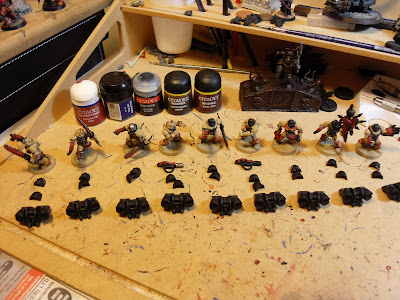 So this is the Desert Yellow that they all start as before the washes are added. The five colours that are used on every model are standing behind them... Mechrite Red, Boltgun Metal, Chaos Black, Gryphonne Sepia and Baal Red. 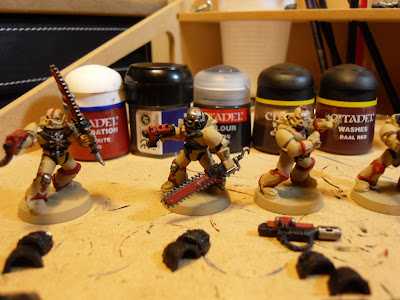 Couple of Meltaguns. One thing I've learnt is that we struggle with Mech so some fast moving meltaguns seems to be the ticket. 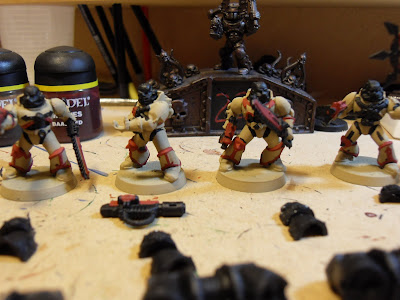 You'll note the boltgun metal has not reached these guys yet... 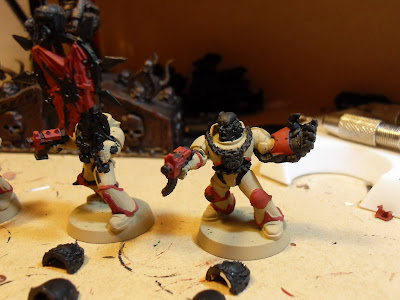 And at the end of the line are the Icon of Chaos Glory because, let's face it, this bunch will try to run early and a Power Fist champion. He's in Bezerker gear as befits a Champion of the World Eaters.

I'll continue with this lot this week and hopefully get close to finishing them before I'm away this weekend just outside Salisbury for X-Legion Master Strategist: I'm taking the Daemons to that one. No I don't know why either...!
Posted by Von