So quick update for you.
I needed to add a couple of supporting tech priests to my mechanicum force and the option is the new Ad Mech priest - who is massive and £22 for a model (yes Nathan - £22)
So I surfed eBay for a Titan tech priest and have converted a metal tech priest figure Fark gave me about 400 years ago.  He had lost the weapon for the figure [Editor: not lost, in same bag as limited edition Orc and Undead Standard bearer I gave him in 2006.... And are MoSoH - missing on shelves of holding ]
So I have added the hammer from Cortez and a plastic hand from the Skitarii Rangers sprue.  The end results are 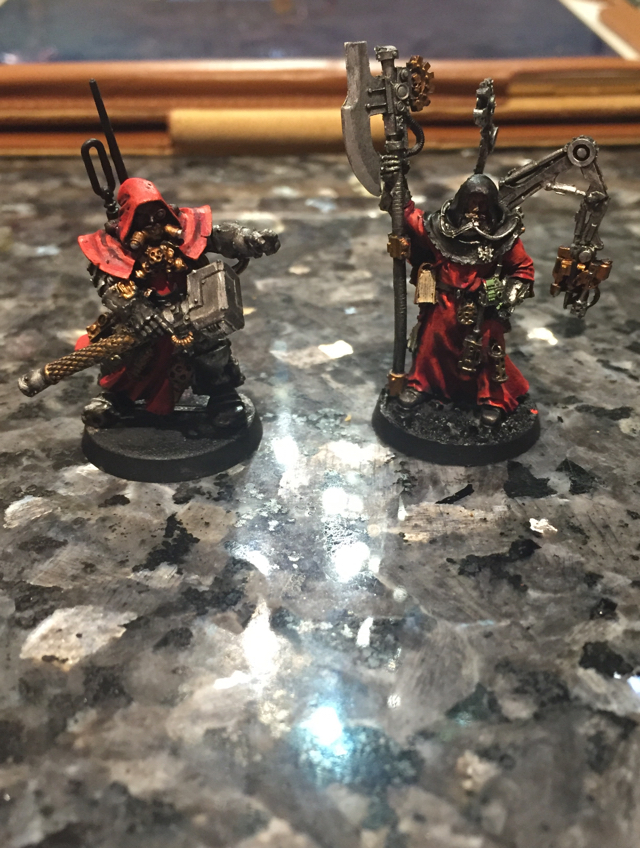 I have also finished converting and starting spraying my Draykavac.  I was never happy with the FW design of an altar on metal worms.  I saw an eBay auction where the guy had converted it into the chassis of an imager dune crawler and the firework went off - and I am not embarrassed to admit that I copied it.
Still WiP, but I think it looks good so far.  He is on blutack at the moment and will be on the pulpit once it is all painted. 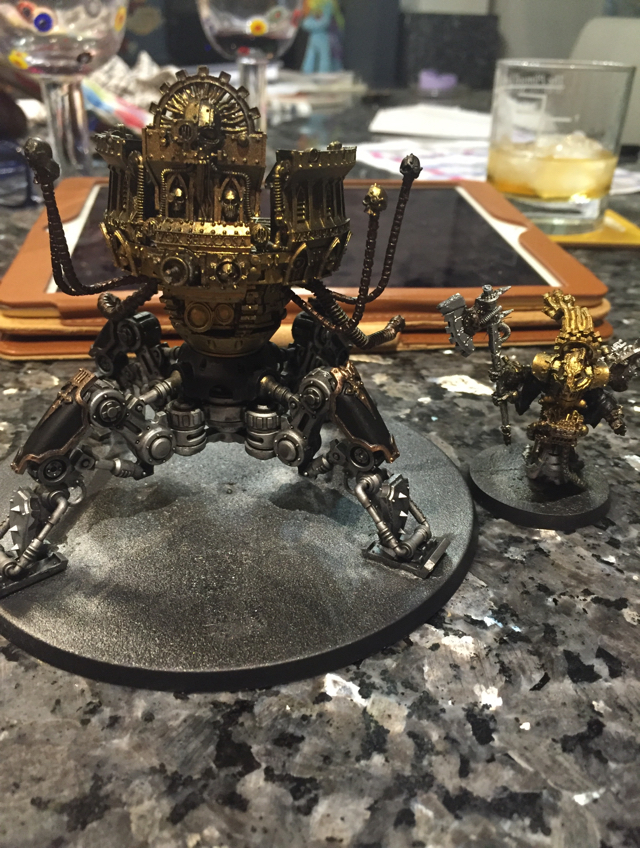 Good call on the legs for the throne. FW one just looks ....odd.

Much better with the legs.

Good work indeed! I shall bring my brush with me for when they fire at marines.....