30K terminators and a dollop of Dystopian Legions

I put these terminators together in Aug 2015 and they have been languishing in a foam tray ever since. They represent the start of another push at getting more 30K stuff done and some games played. I love the setting but we’ve given it a woeful amount of time especially in light of the number and quantity of forces we have.

These were put together from Scibor bodies, Anvil heads and shoulder pads and GW terminator arms. I liked the chunkiness of the Scibor bodies and thought they looked good as prototype Terminator armour. 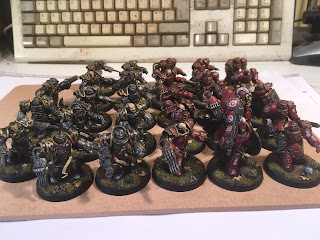 I’ve done heavy battle damage and wear on all my previous 30K stuff so these took a similar pounding from the sponges to distress them. I like the look of it on the power fist knuckles. Looks like they been smacking the crap out of stuff! 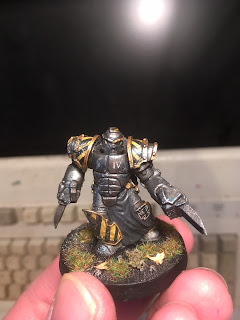 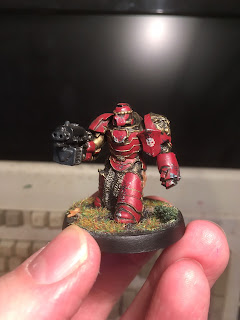 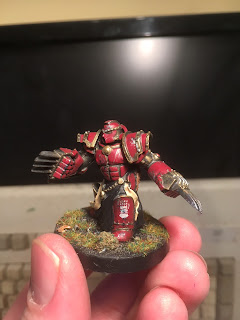 I’ve also been getting all of the DL stuff undercoated and it all stands ready now. Sadly they weren’t paying attention and the GoGX Sylvaneth army slipped into the queue in front of them. I still do intend to get them to the table this year. 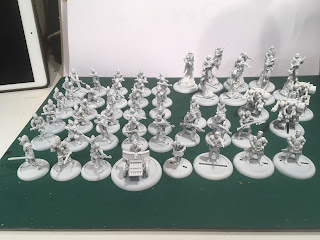 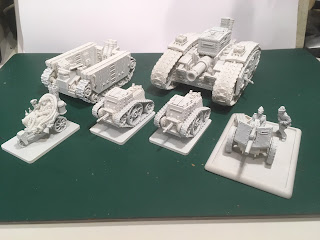 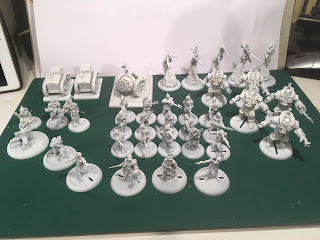 The termies have helped my Net tally but the recent Sylvaneth haven't. Figures for the year are now:

I'll need to concentrate on the Sylvaneth over the next few months to ensure that they are done to deadlines however I am still determined to get the bulk of my unpainted 30K stuff finished and make good inroads into the DL & PC stuff.