Filling the skies of Mars

The Martian VSF has been quiet of late but is still happening.

The next tranche of Aeronef are ready to take to the skies with their cargoes of plucky explorers. 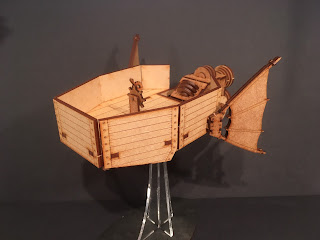 First off is the second of the flyers that will be used for the Empire of the Blazing Sun. 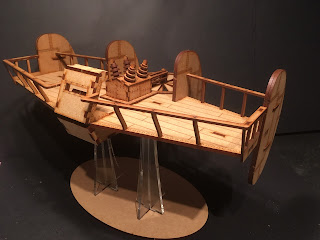 It's a nifty little version of the bigger one with an oversized rocket engine for that additional turn of speed. 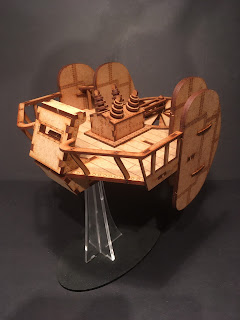 Urn has got a force for The Covenant of Antarctica so they need some aeronef as well. I went for a flying wing design as it felt a bit more progressive in keeping with their heavy leaning towards innovation and technology.

And a smaller one to run the troops around.

Just the Prussian ones to go now and they are well under-way. oh...and I really should paint some of the figures!