Bits and pieces of painting

So, I've managed to get some relatively random bits of painting done as I couldn't stay focused enough to finish the daemon army (what a surprise!). Here are the results.....

First up, some saga figures. The Fox and I arranged a game a couple if months ago an in a fit of excitement I started on some of the figures I had lying around suck together but not yet painted. They are technically welsh, but as all the saga figures are hairy chaps I don't think it matter too much! 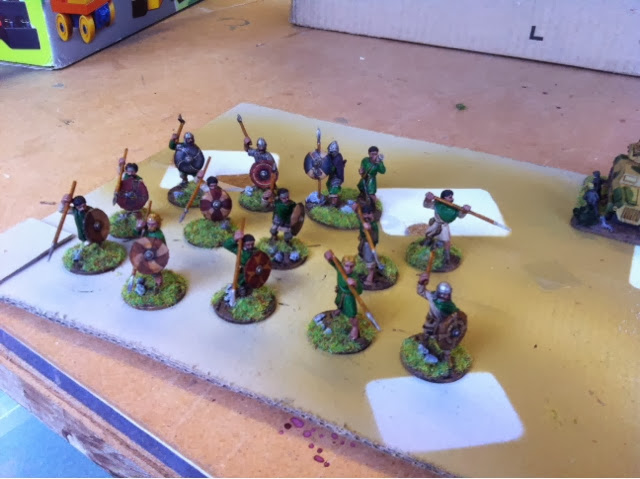 8 warriors, 4 hearthguard and a warlord are the ones done in this batch, with a green theme to tie them together (and no, I have no interest in trying to work out whether they could make green and whether it was expensive in the dark ages - I just like the shade and so used it!). Obviously I didn't get them finished for our game, but just having a game got me started on them and they're ready for next time as I now have 6 points painted up.


Next up are some reinforcements for my FoW Germans. I've had some old school artillery for ages, not painted (quite a theme with my stuff!) but here are some panzerwerfers and infantry guns to increase the options I have when playing. 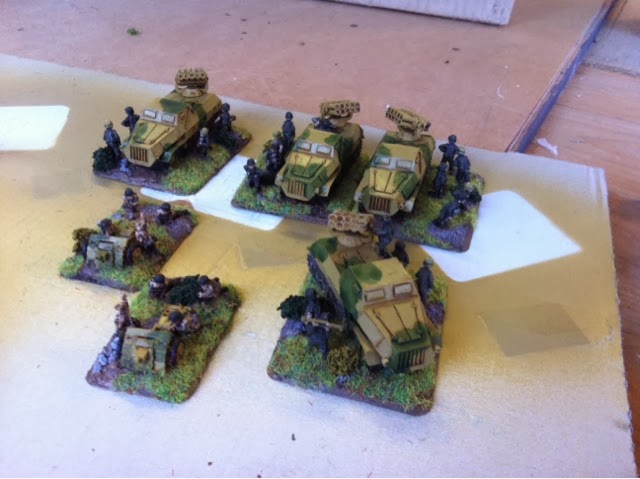 I've also been working on lots of my dark eldar to get them done in a paint scheme I can be relatively proud of instead if the "only just three colours and not highlighted" that quite a lot of them were for the last tournament I attended.... I shall post them all together separately.
Posted by JamieM

Pretty sure you have 3/4 the Wehrmacht now!

Ah I see more SAGA and apparently my fault :-)

Excellent. So now I just need to find time to paint my final 2 points.

Nice work on the Germans there: obviously we know Heer are rubbish right...?