Conversions are my favourite thing about 40k

The best thing about being a hobby painting butterfly, unable to stay painting one thing at a time is that eventually lots of things get finished in a very short space of time. This is because I generally have lots of half finished things on the painting table as I pick new things up without first finishing the old.
So recently I had the saga figures, flames of war, dark eldar and daemons on the go. I've posted the saga and flames of war stuff, so here are the daemons, two of the slaanesh big chaps/ladies 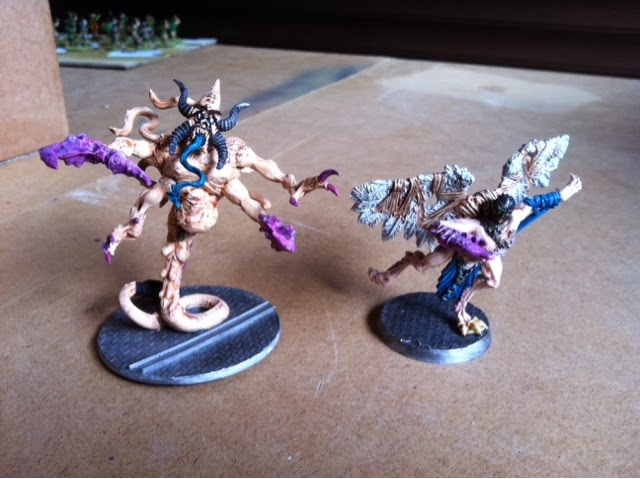 Greater daemon on the left, flying daemon prince on the right. The greater daemon has his arms and torso from a spawn, the tail from the mounted chaos lord and the head from a slaanesh greater daemon (it was sent to me by accident by GW when they used to do metal bits! I miss those days.....) 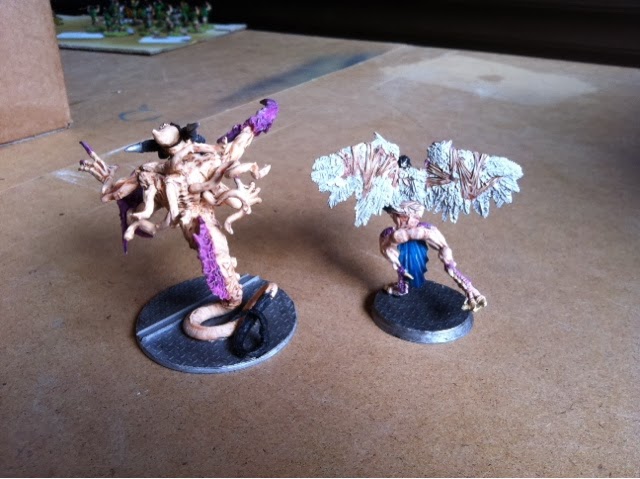 General flesh colour for them as I find that a little creepier than random bright colours as these chaps are nothing if not creepy. The daemon prince owes his legs to an old metal daemon prince, his torso to an inquisitor scale daemon host, his wings from a tomb kings carrion and his head to an inquisitor scale death cult assassin. Did I mention how much I enjoyed the days of GW selling metal bits separately already?!?!?
Anyway, this final kick has me close to my 1,500 point goal and thanks must go to the Fox for spurring me to get my stuff painted and blogged now he's on the blog regularly. 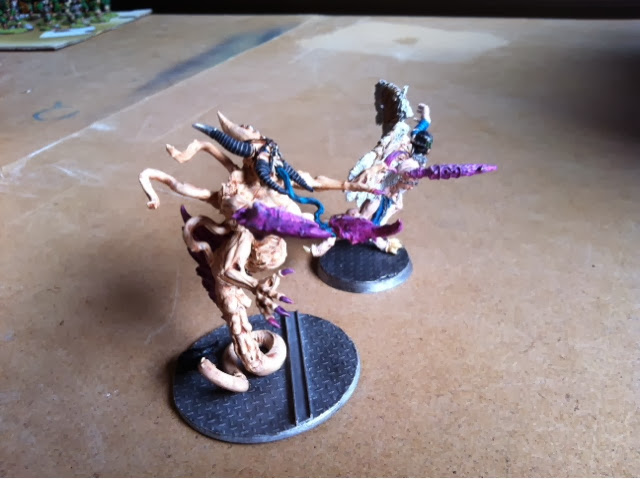