Fairly quick job this one, the Soviet navy who were pressed into service to fight off the German invasion. Early on they didn't have enough "normal" uniforms, so they fought in naval black. 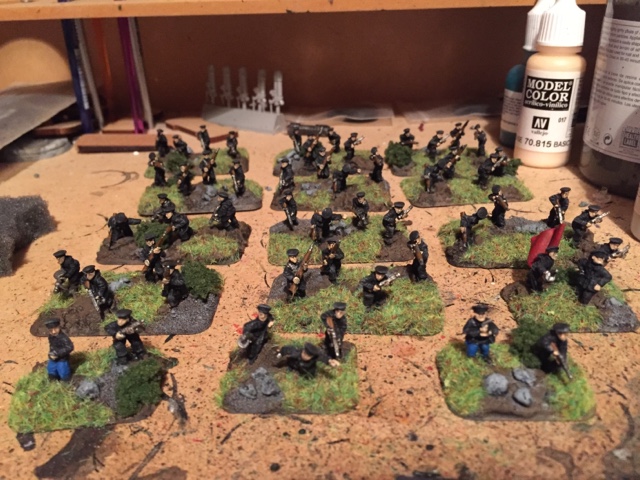 They were pretty effective too and gained the nickname "Black Death" from the Germans who fought them. 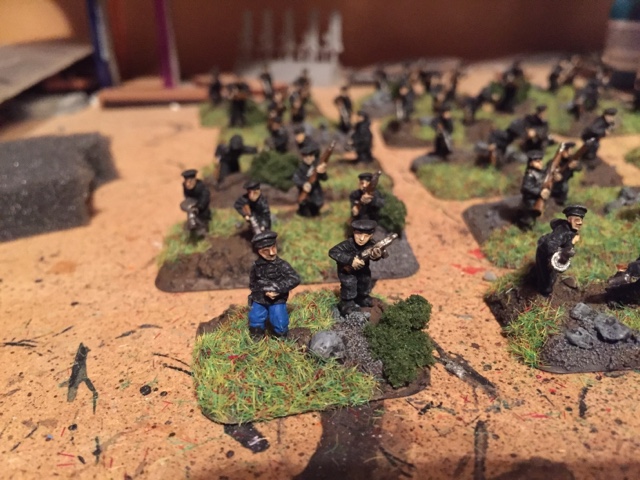 I do like a bit of flames of war, but these have now been sold to a nice chap in Italy who is apparently the number one ranked soviet player in Italy! He had my other soviet infantry off me a few months ago, so it's good that they've gone to a good home to be used more than I would use them.
Posted by JamieM